How to master your Digital PR Strategy for Spain 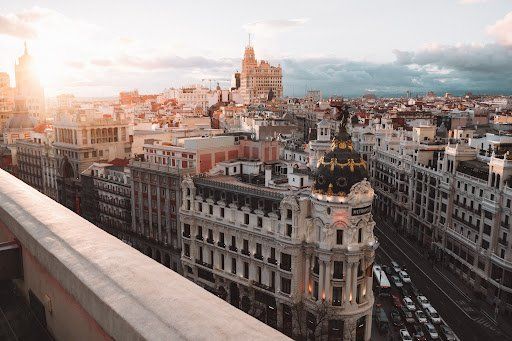 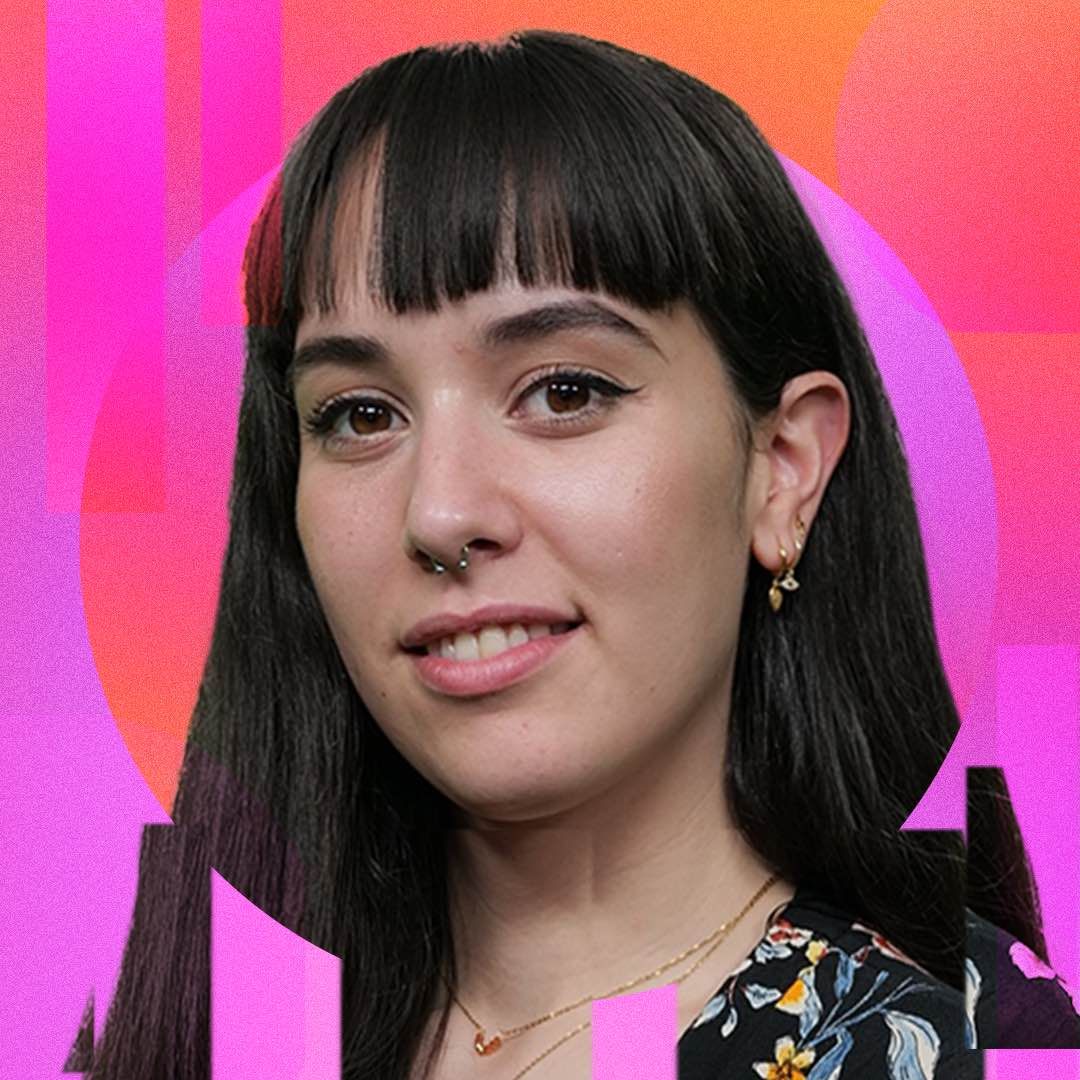 Despite all the COVID restrictions, Rise At Seven has been travelling A LOT (virtually, hold your horses). US, Netherlands, Germany… And the next stop is Spain! 🇪🇸

With that out of the way, I can now move on to introducing myself.

I am from Galicia, an autonomous community located in the northwest of Spain (Yes, Spain also has a north). No, I don’t miss the weather, it’s as crap as here. It’s one of the coolest regions in the peninsula. And as cool as we are, that’s not what I mean.

Galicia isn’t a separate country, but it is a far cry from stereotypical Spanish images, with its own Celtic roots and unique culture.

Why am I telling you all this? Well, first of all, because I find the fact that we have so many different cultures fascinating.

But also because this is something extremely important if you want your digital PR strategy to be successful in the Spanish mainland.

Introductions made, let’s move into the exciting stuff.

What does the Spanish digital PR landscape look like

The future of digital PR in Spain is both uncertain and promising. Just like the new romance between Anthony Bridgerton and Kate Sharna in the upcoming season of Bridgerton.

We really lag behind in terms of digital PR. And as surprising as this might sound, independent professionals make more use of this strategy than companies or agencies.

But those who want to be found on Google nowadays can hardly avoid PR campaigns that are coordinated with the SEO team.

Generally, in Spain PR and SEO don’t work together. This means that a site can have great content, but it might be difficult to find. Without digital PR, any

There are a lot of excellent PR agencies in Spain, but they’re missing an opportunity for impacting organic rankings. The combination of these strategies can land you links, authoritativeness, brand awareness and therefore, conversions.

While this line in between Public Relations and Search Optimisation is getting narrower, there’s still a lot that needs to change, like…

The purchase of links

Yes, yes. This is still a thing. I know, right? It sounds so 2012. And I can hear you gagging from here but please stay with me.

One thing that we don’t do is precisely that, paying for links. Because what we do is way more than getting links.

We drive engagement and brand awareness, we boost conversions, we make people click on the links. And we do this through storytelling and content marketing.

We create engaging stories that resonate with our client’s audiences, and that’s the strategy we are going to use to transform the Spanis market.

The digitalization of the different PR and communications departments in Spain is quite elevated, but it’s still transitioning. And it’s extremely important to understand how online media was born.

Spanish media’s transition from paper to online was quite messy and it’s still transitioning. Every newspaper knew their audience was migrating from the papers to digital media with that a lot of potential readers were exclusively online.

So, what did they do?

Only a few got the gist of what was going on. All the rest simply duplicated the same content they were publishing on paper and transferred it raw to an online website.

Lack of funding and the culture of gratuity

In the last ten years, the audience for print newspapers in Spain has almost halved. But online newspapers are still lacking a substantial source of funding.

The arrival of online media favoured a culture of gratuity in which people were not willing to pay for the content. Why was this?

Why is all this important for us PRs?

The investment in research, journalists and resources in Spain is way lower than in the UK. Journalists have very little time to come up with a story, write it and publish it. This means that valuable content, with credible and reliable data to support it, can be GOLD in Spain.

The Spanish market has a lot of potential. Writers are thirsty for quality, trustworthy content as they don’t always have the time and the resources to produce it.

It’s a reciprocal relationship that would not only benefit us and the brand, but would also offer a boost to the Spanish media and a hand to the writers.

Now things are changing. We have a global scenery, intensely interconnected, that prioritises ideas, creativity and quality content. And that’s when we come along.

In general, the digital PR strategy you would follow in the Spanish market wouldn’t differ massively from the one in the UK. But if you want to outshine in your efforts to resonate within the Spanish media…

You might already be aware but nobody expresses gratitude as often as the British. That of course includes the Spanish journalists. Be nice… but not too nice. That might easily come across as fake or overly formal.

Does this mean that we are less polite? No… Well, not all of us. This just proves that our cultural background can determine our behaviour and perspective.

Every country needs a different approach to succeed in SEO. But in Spain, this is also a reality in between the regions.

Not everyone speaks Spanish or at least ONLY Spanish. The varieties of language spoken in the country need to be considered, as some of the journalists might exclusively write in only one of these four official languages:

But wait, that’s not all. Each region differs when it comes to its local identity and culture.

You guessed it right, SEO in Spain is no easy task.

3. Understand your audience, a collection of cultures

A ‘one size fits all’ approach should not be the chosen route. What is considered newsworthy might vary from region to region.

Spain is not just paella, sevillanas and siesta 💃. Although the latter might easily be in expansion.

As mentioned above, the marked singularities of the different Spanish regions can determine different interests, tendencies or perspectives. So be sure to take that into account when you are pitching a Spanish journalist.

Keep them also in mind when creating your campaign and when producing your content, especially for regional newspapers.

Yes, timing doesn’t matter when you have the right story. But if you are outreaching Spain, keep in mind the time difference between Spain and the UK and between the Canary Islands and the rest of Spain.

Also, our lunchtime is not normally at 12 or 1pm but 2 or 3pm. This might help you choose the best hour to send your email to a Spanish journalist.

5. They forget THE LINKS

I keep coming across digital PR campaigns where journalists mention the name of the source but they don’t actually link to it.

Track your outreach efforts and always make sure to follow up.

6. Nurture your relationship with the journalists

Connecting with Spanish media rests heavily on nurturing and maintaining personal relationships with the writers. Follow them on social media, read their stories and know the media outlets they write for.

This will not only help you find out if they are the right fit for your story, but it will also be extremely valuable when pivoting the content, making it more adequate for each site and writer. Some news outlets are more conservative and funded by public administrations, others are more independent.

And they are still BIG FANS of press releases and press kits.

Also, reporters do tend to switch in between different newspapers and magazines, and they normally write stories for more than one. Make sure you are getting the right email by checking their LinkedIn and their current occupation.

This doesn’t mean write short content with no added value. This means, go straight TO THE POINT. Make your headline sexy and appealing to the journalist and media you are outreaching to.

Make sure the information follows the Inverted Pyramid style, in which information is presented in descending order of importance.

This will allow the journalist to read the most important details first and decide fairly quickly if they are interested in your content. If then they decide to cover it, they can read the rest if they need further information.

Provide them with all the information they will need to cover your story. By adding your own multimedia content whenever possible, they will be more likely to make space for your content. It adds value and an overall richer experience for the audience.

Make it as easy for them as possible!

The Spanish market has a lot of potential… Yes. But the range of publications is smaller than in the UK. And therefore, the opportunity for links. Don’t get frustrated if you don’t get the same results as you would get in different countries.

Each market has a different context, and it’s really important to look at the bigger picture. You might be able to achieve fewer links but with a bigger coverage.

Want your story to be heard, shared and talked about?

We rise to the challenge, uniting the best of both worlds to make your brand recognisable, trendy and conquer search results. Does that sound good? Drop us a line or slide into my DMs!