Behind the Campaign: The best ways to use location data in a Digital PR campaign 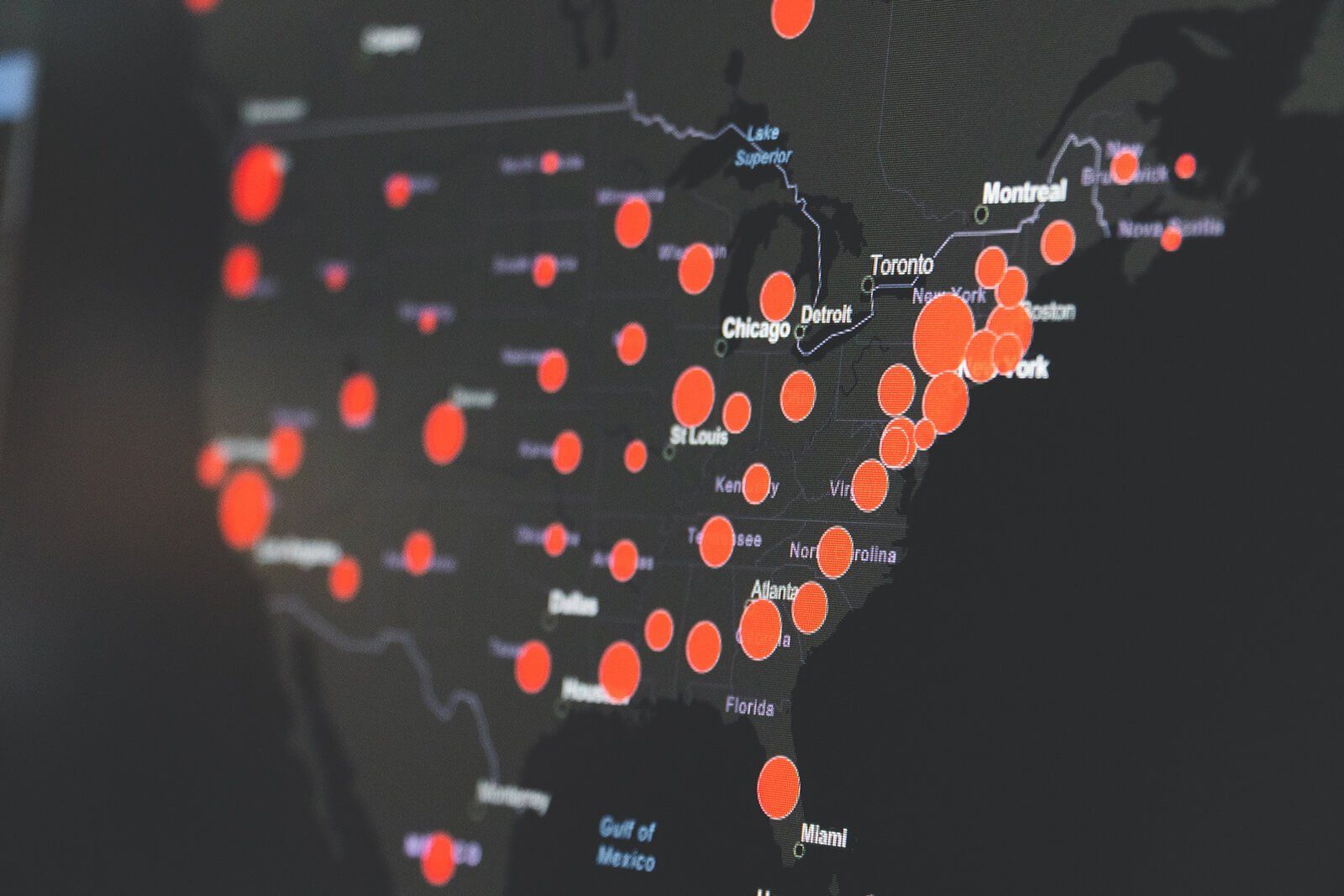 There’s nothing like a campaign with what seems like endless angles, hooks that multiply, and widespread relevance. Sounds like a unicorn, or bigfoot; mythological and difficult to prove exists.

Hear me out: enter the city or state-by-state ranking.

In my initial comparison of digital PR in the United States versus the United Kingdom, I mentioned that state-by-state focused campaigns aren’t necessarily enough to score you viral coverage… but that shouldn’t discount you from using location-based rankings in your campaigns. Or, you know, super personalizing your outreach to make your campaign relevant to all of the states on your list.

But before we go there, let me tell you why.

The “best something” in “some location”.

If you have ever been looking for “The best [something] in [some area]”, you’ve definitely run across an article claiming that these are the best and worst states or cities for something or other. Just the other day, I learned North Carolina is one of the best states for barbecue in the US. And today, I found out Durham, North Carolina is one of the top towns for new grads.

If you haven’t run across one of those ranking indexes, I don’t believe you. Why? Because my Google alerts and Google saved searches turn up what looks like hundreds of these rankings, daily.

Try it yourself to see what I mean.

Head to your favorite trusty search engine and use a search term like “the best city for” or “the best state for”. Use whatever other keywords you like, but I guarantee you’ll find several of the search engine results pages filled with different authoritative articles covering the topic.

This is a pretty general query, right? That explains why there are so many different articles published covering this topic.

The results continue for pages.

Location-based rankings are one of the best ways to secure coverage.

Regardless of where you’re based, you likely have at least a minute amount of pride for that location. I’m originally from New England, which is to say the moment I see an article that ranks my hometown as the “best city for xyz”, I click on it to see what I think. Sometimes I agree, sometimes I don’t… which explains why there are just so many articles written about the best states for dog lovers.

If this wasn’t already a given, here you go point-blank: creating a ranking system in a digital PR campaign is one of the best ways to secure widespread coverage.

Most of the time, the article delves into several metrics as to why that specific location (city, state, county, country, etc.) deserves the accolade of the best state for whatever. It’s a fantastic, data-driven way to rank locations based on those metrics and it provides a roadmap for the reader to buy into the authority of the ranking.

And the thing is, authority and expertise are incredibly important in creating any content for the world wide web.

Takeaway: rankings and indexes are strong ways to generate widespread coverage in different locations because they have a variety of metrics which enables a variety of PR hooks.

I’m often guilty of using the term link juice because it’s funny. But much like cranberry juice from concentrate, “link juice” created by squeezing link equity out of irrelevant content to a brand has a bit too much sugar which isn’t good for you.

When digital PR teams were born as a result of 2012’s Penguin update, it became critical that content be directly related to a brand instead of creatively, tangentially related. So let’s backtrack for just a second to talk about why this matters. Algorithm updates are important for digital PRs to know about because they help you understand how to create better search-first content.

Location-based rankings are SEO friendly digital PR campaigns because each city or state mentioned in the ranking has relevance to the overall idea, which ties-in to something your brand cares about.

Takeaway: Relevant content is better than tangential content that gives you link juice. Rankings and indexes allow you to generate relevant coverage about a brand in different locations, from relevant websites.

Reason 2: Location-based rankings create the opportunity for SO. MANY. ANGLES.

If your campaign is a one-trick pony, you’re not going to be winning any ribbons in the show ring. That’s why Alex, one of our digital PR strategists, says you need multiple angles in your campaign to pack a punch with the press.

Alex describes that “in digital PR we talk about ‘pivoting’ our campaigns often, which essentially means running with a different slant on the story if the initial one doesn’t get pick-up. Often, the second angle can be what it takes to get your piece under a journalist’s nose, only for them to run with the angle you originally intended.”

Rankings and indexes allow you to have a bunch of different angles within your campaign so you never run out of juicy hooks to toss out for bait while you’re pitching. I could pitch a journalist the overarching story - the ranking as a whole - or I could pitch a city or state that didn’t rank in the top spots, however, one of the metrics of the ranking is really strong in that area. In turn, this also creates a story that’s more relevant for a smaller readership which is perfect for local news writers or writers based in a niche that metric is relevant to.

Here’s a great example. We recently ran a campaign around the topic, “Does Money Buy Happiness?”. This utilized an index ranking of average salary, happiness, and average life expectancy of countries all over in order to determine how much money makes people happy in different places. If the overarching story hadn’t worked, we could have used the different metrics to create different angles. The good news? All angles landed us links.

Takeaway: Creating a ranking based on several metrics means you can generate different angles, allowing you to be relevant in different niches and locations to ensure coverage.

There are a lot of do’s and don’ts of outreach, but one of the most important ones to remember is to personalize your pitches. When you’re promoting a piece of content that has a bunch of different locations in it, you have that many more opportunities to personalize your outreach.

I mentioned beforehand that state-by-state rankings weren’t enough to generate viral coverage anymore because they’re common… so do the best you can to create relevancy to the locations in your ranking. For instance, that barbecue article I was reading earlier today told me about the top five best barbecue joints in each of the top states for barbecue - one in each big city of the state.

Paymentsense wanted to determine the BEST cities in the UK to begin a business based on seven different factors.

The result? 98 links built to the landing page where the location-based ranking lives. It was easy to tie-in a stat or a little nugget of personalization to reach each of the 15 cities on the list.

When you’re pitching a ranking or an index, you can add a personal tone by pointing out little tidbits like this to make articles more relevant for the readership they’re intended for. You have to remember: there’s a person on the other end of the email you’re sending. By personalizing your outreach email with location specifics, you’re showing that writer you know there’s a relevancy between your content and their audience.

Takeaway: Hook your targeted writers by personalizing your outreach email with location-based specifics relevant to their area or the area of their audience.

Just kidding, I’m not going to rank the reasons as they’re all components of why location-based campaigns are great for digital PR.

But here’s a quick recap anyway:

Want to learn more? You can find me on twitter, sharing some of my favorite location-based campaigns, tips, and tricks for digital PR in the US. Case studies are coming soon, but if you’re inspired and would love to see some of our work on these types of campaigns, let us know.