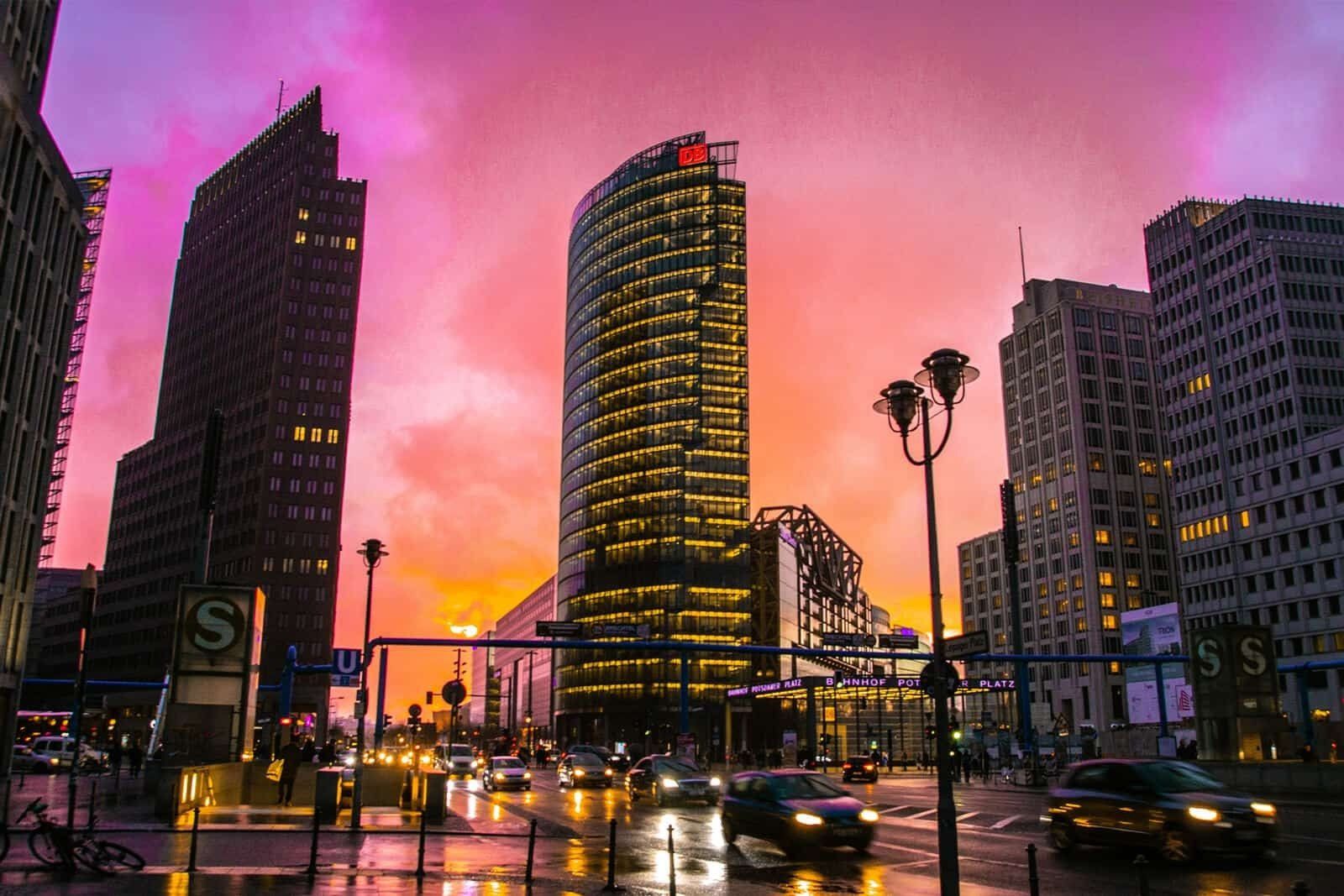 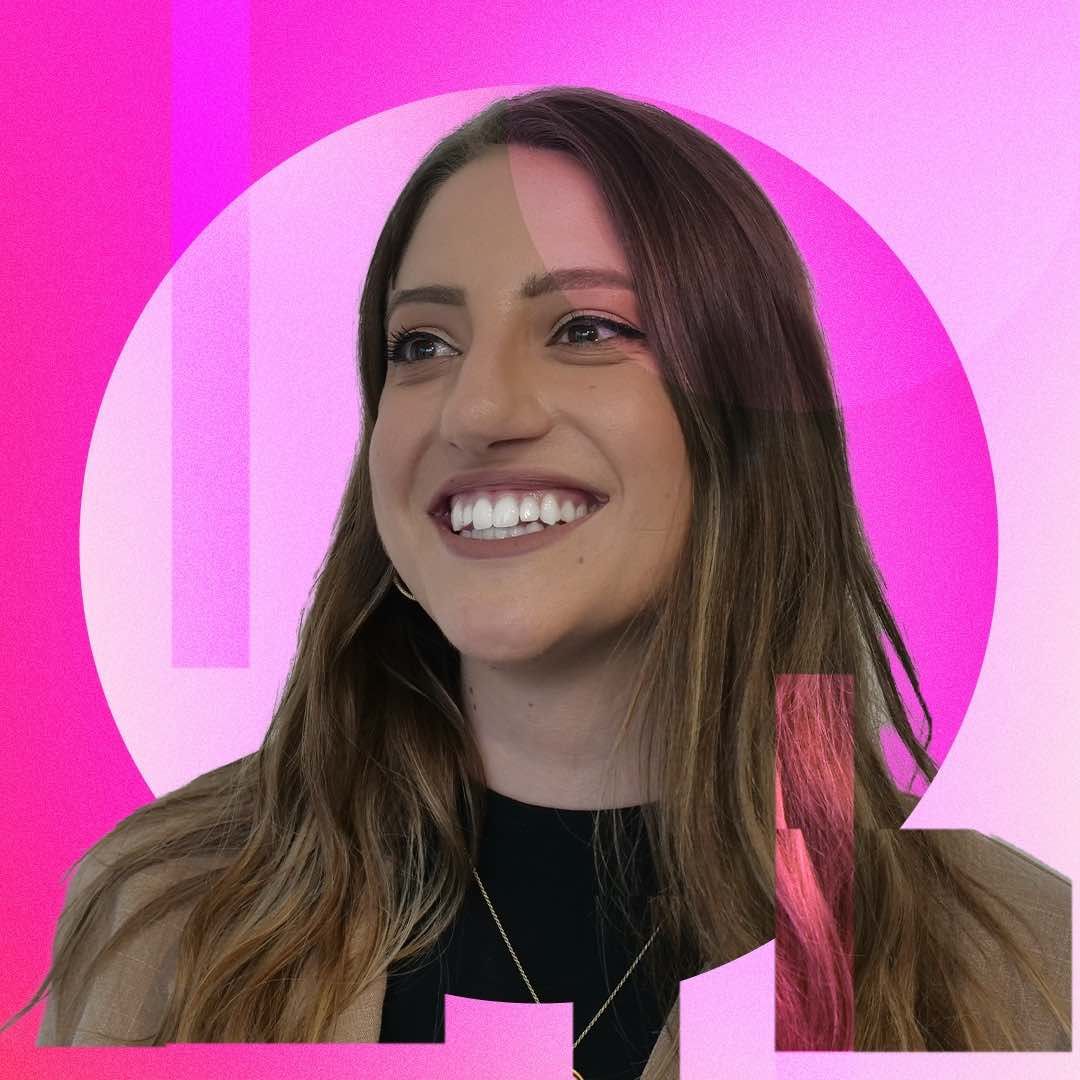 We are extremely excited to share with you all that Rise at Seven international is growing!

You’ve undoubtedly heard (unless you’ve been living under a rock) that, after the UK, we’ve just launched in the United States! With no signs of slowing down and the goal of becoming the world’s largest search agency, we’re taking over mainland EUROPE!

Okay, maybe not all of Europe - not yet at least ;) We are kicking off our International blog series with GERMANY 🇩🇪

Germany best known for amazing beer, sausages, football and you name it OKTOBERFEST 🍻🥨

You’re probably wondering now, “Does anyone at Rise at Seven speak German?”

The answer is YES!

I'd like to take this opportunity to introduce myself. ‘Guten Tag’, my name is Samira Memedovski, and I'm the newest Riser and "International Digital PR Strategist" - I know, how fancy does that sound?

Yes, you guessed correctly. I'm German, and no, we're not angry people; we just like to get straight to the point. And I'll be honest with you in contrast to the UK and the US, Germany lags well behind in terms of digital PR. In reality, it is commonly referred to as online PR or content marketing rather than digital PR.

Digital PR talent with SEO knowledge is rare in Germany, there’s not AS MANY tapping into this space meaning it’s difficult to find the talent. Instead of looking to wait to find the right people, I am here at Rise at Seven helping do what we always do - build the next level of German digital PR talent. We will be training international digital PRs at rapid pace to take on several markets, starting with Germany following such high demand.

The Internet and the rapid growth of online media have shaken the entire PR industry to its heart, but this does not mean that traditional methods such as press releases and interviews are out of date.

With the emergence of new channels, PR agencies have had to adapt. While PR, SEO, marketing, and customer communication were previously located in different departments, PR strategists are now following an integrated approach that involves, in addition to classic PR methods, new varieties such as data PR or real-time PR, as well as other disciplines such as influencer marketing, social media marketing, and online marketing.

Another development on the Internet has led to successful PR often forming the basis for optimising Google's ranking. The reason for this symbiosis of PR and SEO is that the weight of good content in search engine rankings has become more important. Those who want to be found on Google nowadays can hardly avoid substantial communication campaigns that are coordinated with the SEO team. While “The Barcelona Principles” outlined the basic principles of PR measurement back in the day, today, there are five important approaches for evaluating digital PR campaigns:

The history of PR started with clever strategies for influencing public opinion. Today, PR strategists are faced with enormous media dynamics in a wide variety of channels, which makes communication more complex and, from the customer's point of view, more personal!

UK vs. German digital PR - What is similar?

Even though Germany is still in the early stages of digital PR, the concept is pretty much the same, as are many of the dos and don'ts of outreach but we will get to that.

Our American PR strategist Rebecca did a similar blog post on the UK vs. the US you should check it out.

When planning a call between the UK and Germany, you need to consider that the countries are in different time zones. The UK is 1 hour behind Germany. If you are in the United Kingdom, the best time to please both parties for a meeting or conference call is between 9:00 am and 5:00 pm.

When do we outreach to the German press?

In complete honesty, it cannot be said exactly. However, keep in mind that people in Germany begin their workday a little earlier than those in the UK. I recommend sending your outreach emails out before 12 p.m.

I try to send my emails first thing in the morning, but as we always say, "timing is irrelevant when you have the right story!" - right?

Dos and don’ts when reaching out to the German press

Keep your email short! (journos are busy people plus as you know we Germans like to get straight-to-the-point.)

Fun fact: Some German PR’s still CALL journalists to pitch a story 🙉 And I don’t mean video call; I am talking about a proper old-fashioned phone call - That’s WILD!

So we talked about similarities, timing, and dos and don’ts when outreaching to the German media. Now here is the part where it gets a bit “tricky”, at least when it comes to German culture and the German language.

How is German PR different from the UK?

Germany’s media landscape is very similar to that of the UK, and German link opportunities are comparable as well. However, the German media are noticeably more restrained in their portrayal of controversial topics than British media.

The German press is known for being more subdued.

Germans are very conscientious in treating people with respect. This is expressed explicitly in the language, which helps the speaker to distinguish between formal and informal ways of saying "you."

Knowing when and how to use the correct form will help you interact respectfully. It can come in handy while interacting with a journalist. English, being a closely related Germanic language, used to have this distinction too, marked by the thee and thou forms.

In German, there are three words for 'you':

You’re probably hella confused now - Not to worry I got you!

Du is used to addressing a single (one) person you know and are on familiar terms with. You can also use it if you are pitching to a quite young publication or journalist. It makes it less formal and keeps things fresh!

Sie is used to address one or more people formally, meaning someone you do not know and with whom you are not yet on familiar terms. It is used for both the singular and plural formal forms.

Ihr is used to address a group (two or more people) you know and are on familiar terms with. It helps to think of ihr as 'y'all.'

For those learning German, choosing between the informal and the formal to address someone may seem tricky. People very well may consider you impolite or RUDE if you use the informal way of addressing them in a situation that calls for more formality. You may also find that some people are more laid-back and, depending on the situation, may take the liberty to simply approach you informally.

Where to find the right German journalist?

This section keeps you up-to-date…..

“Tagesschau”, is the oldest, most popular TV news show on German tv. But don’t panic you don’t have to watch the news. It’s also available online and on social media.

News from Germany in English on politics, science, and business as well lifestyle trends can be found on The Local 🇬🇧

The national daily Süddeutsche Zeitung (SZ – Southern Germany News) is famous for its independent style of journalism in news, features, and information.

The BILD newspaper is Germany’s most popular tabloid - Just don’t believe everything you read.

If you're searching for celebrity news, go to Promiflash.de, Germany's market leader - just remember to take the "news" with a pinch of salt.

German PR insights for those who want more….

Will PR in Germany become more digital in the future? - Without a doubt. The million pound (or should I say euro) question is - How fast?

Using our bank of international digital expertise, we’re ready to rise on the European publishing scene.

Looking to generate a buzz, topple search results, ignite your brand, or get in the press? You name it, we’ve got it. Let’s build links together – drop us a line.