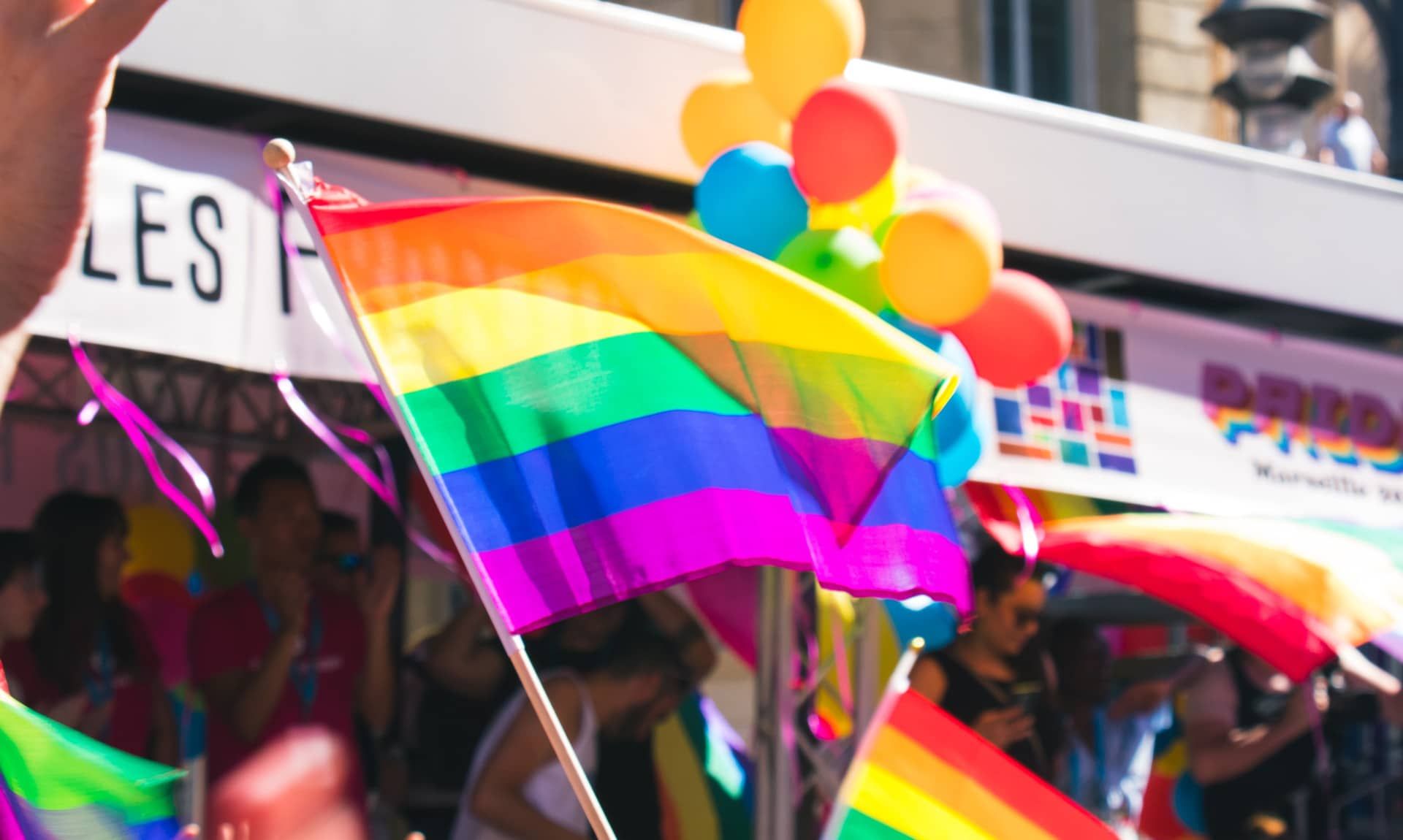 Look, I’ll get straight into it.

Pride Month is underway, meaning it’s that time of year where big brands wheel out their LGBTQ+ campaigns and watch them be hotly debated. With that in mind, there’s no better time to look back and reflect on which Pride campaigns deserve the praise and which are purely performative trash.

You can expect me to cover what I deem the most notable – from the vacuous to the viral.

It’s important for me to say that as a queer creative, I get that by no means do I speak for all. But given Pride is first and foremost a protest, the month is meant to memorialise historic events for LGBTQ+ progress. And every now and again, there are instances where brands hijack the month to sell their shit, and it makes me uncomfortable.

I’m not the only one to think so either. Stonewall chairman Jan Gooding famously said – “It’s not enough for brands to go rainbow, they need to earn the right”. That sets the tone for the rest of the blog really, as I’ll talk about how you need to do more than make your logo rainbow-coloured.

For the sake of optimism, I’ll start with the good. (You can scroll right down to see the bad and the ugly.)

This is one of my favourite campaigns EVER.

When the rainbow flag turned 40 in 2018, agency FCB/SIX used the occasion to create data-driven DestinationPride.org for Pflag Canada. The folks behind this digital tool turned the flag (a long-used sign of safety for the community) into a 6-bar chart displaying LGBTQ+ safety worldwide.

Aggregating data around marriage laws and adoption rules, blood donation and social media sentiment, Destination Pride is the pinnacle of helpful info (there’s never been such an accessible tool to search this kind of stuff) and hugely impactful data storytelling.

It’s important to remember that still not everyone is free to be themselves when they travel – something proved by the lowest scoring cities like Mumbai (where apparently you don’t want to be Mum-bi) and the Vatican – where you Vatican be gay, but Vatican’t be too obvious about it.

It also picked up 13 Lions, a couple of Clios (seven, to be more specific) and a number of D&AD pencils. Not a bad day at the office, I guess.

A similar campaign by the Gay Times for World Suicide Prevention Day also ripped out two of the rainbow flag’s six stripes to show how a shocking one-third of LGBTQ+ youth have attempted suicide. It uses the flag in a similar way to Destination Pride, and boy does it have impact.

Using It’s A Sin star and Years & Years frontman Olly Alexander, ‘The Flag We Shouldn't Be Proud Of’ is fronted by a gay man for a gay magazine. It’s not a stunt to sell stuff and so avoids falling into the dangerous profiting-off-Pride trap. It’s always nice when organisations don’t treat LGBTQ+ struggle as just another spot in their social calendar.

It gets a bit messy when companies start to sell things. So when February 2020 came around, a creative team in a rush could’ve easily settled for printing rainbow coffee cups.

But Starbucks stepped away from shoving salesy messages down our throats and instead showed sensitivity in presenting to us a campaign with purpose. Pulling on the name-written-on-coffee-cup custom in the takeaway coffee experience, the coffee giant revealed #WhatsYourName in 2020. This social and TV ad campaign sought out to show respect for how their customers choose to identify.

They didn’t try to squeeze a colourful campaign in, just because. From partnering with trans and gender-diverse youth charity Mermaids, to understanding the small nuance in how an everyday experience can be so significant for those presenting a new name in public – all of this means that #WhatsYourName comes across as more than a tokenistic tactic to flog coffee to the queers.

Say it with your shoes

Lastly, in terms of the good, we have one of the most well-known and longest-running LGBTQ+ campaigns out there. Rainbow Laces was a 2013 response to the fact that no professional football players were ‘out’ as LGBTQ+... and still aren’t. With that in mind, Paddy Power partnered with charity Stonewall to say it doesn’t matter what team you play for (lazy joke, but I’ll leave it in), as they distributed rainbow-coloured laces to every pro player in the country.

Still going strong, it’s since opened up to all sports and all sexualities. The laces are now available in ace, bi, lesbian, non-binary, pan and trans flag colours, and the campaign’s reach is as big as it ever has been.

Paddy Power, who have an appetite for disruption (which we LOVE) has a track record of being on the right side of LGBTQ+ campaigns too. They made a cracker of a campaign for the 2018 World Cup by pledging to donate £10k to LGBTQ+ charities for every goal Russia scored.

17 goals later, Russia had raised £170,000 for LGBTQ+ causes… a bit of an own goal for them when it came to their homosexuality laws.

Sadly, this is where my round-up begins to flop.

To mark Pride Month 2019, Procter & Gamble dropped the ‘Y’ in Fairy to become ‘Fair’ – using the washing-up liquid brand to raise awareness of LGBTQ+ families. They might’ve donated profits and a lump sum to a charity, but name-changing big brands makes me uncomfortable and really makes Pride feel like a seasonal sales opportunity.

Advice from me to you: it isn’t.

They haven’t been the only ones to make a change for Pride either.

Barclays Bank also became one of many to make their logo rainbow for the month, something which in this case contradicts the fact they trade in many countries where it is still illegal to be gay. Again, people didn’t like it.

Skittles also made a colour swap a fair few times and you guessed it, people didn’t like that either.

The usually colourful candy company went white in 2016 (and have repeatedly, ever since then) for Pride, changing their packaging to say "Only one rainbow matters during Pride”. If we’re talking brand mentions and hitting headlines, then sure, the stunt did its job.

Some saw it as a strong and subversive statement; others thought they were celebrating ‘White Pride’.

Regardless I think we can agree that if you get tangled up with the Neo-Nazis, you’ve made a bit of a boo-boo.

Over the last 1120 words, you’ve seen the campaigns go from bad to worse, and a justification as to why.

If there’s a lesson to learn from all these, it’s not to profit off protest or rainbow-wash your company when you could be making real change. You can’t whack a rainbow logo up if you’re turning a blind eye to persecution overseas. And in the case of the bloody M&S sandwich, guacamole isn’t even that gay and won’t get you very far.