Influencer Report: We reveal how much Love Island contestants could earn on Instagram in 2020 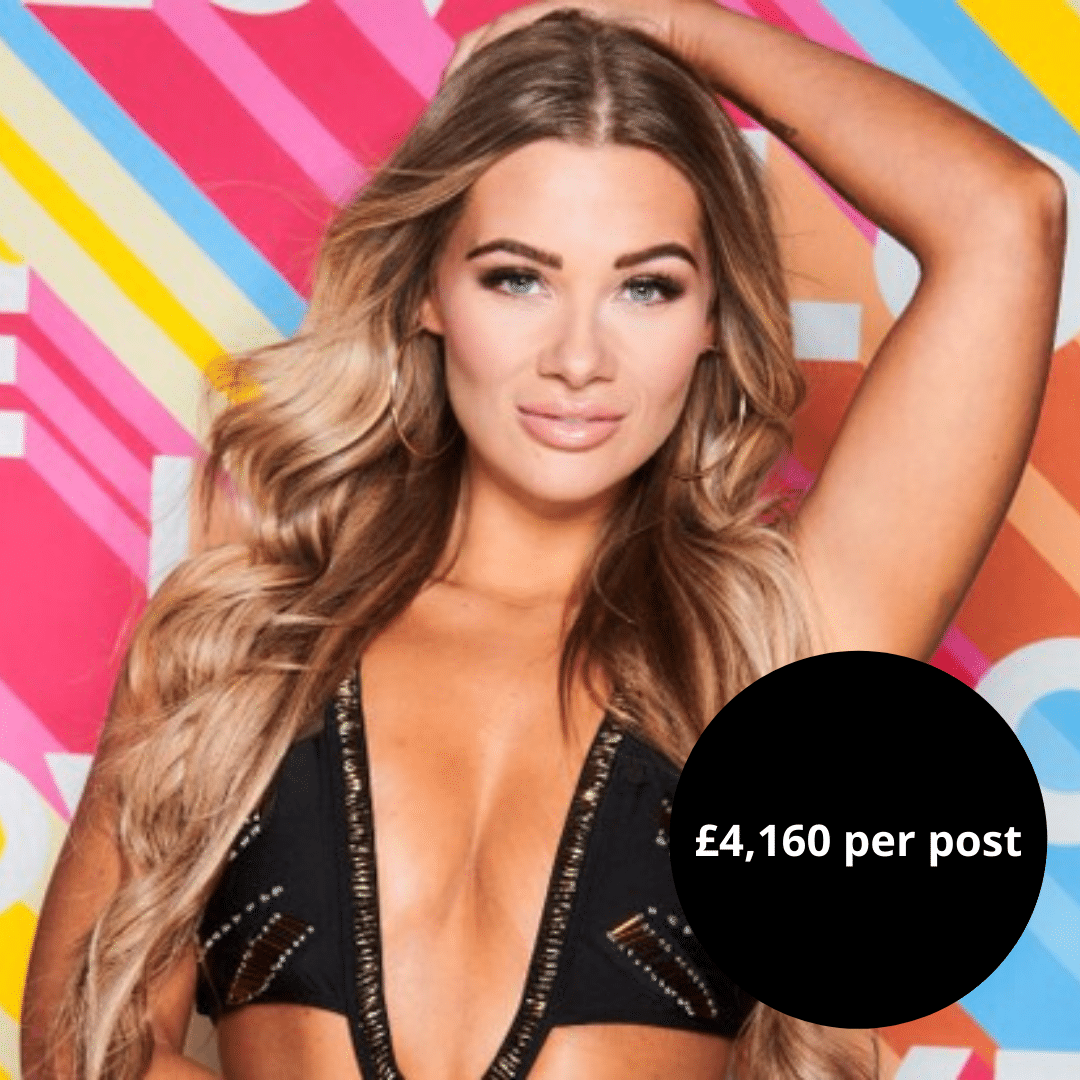 Every follower on Instagram is now worth £0.0033p – we reveal how much Love Island contestants could cash in following their new found fame…

A new report from eMarketer reveals just how much brands now pay influencers to promote their products/services per post on social media.

So what does this mean for the 16 Love Island contestants left in the villa fighting for a space in the final?

Landing a spot on Love Island is a fast way to not just get social media famous but wealthy too. There may be just one winning couple that gets the chance to take home the £50K cash but following their new found fame, it is expected that brands will flock to the contestants with partnership contracts ready. So how much should the contestants expect to earn once they leave the show?

Based on the eMarketer study, we at Rise at Seven worked out that each follower on Instagram is now worth 0.0033p. That’s 0.008p less than what they could have earned in 2017 at 0.0041p. Follower worth is on the decline just as engagement is too. However, for the 33 Love Island contestants who some already have over half a million followers on their Instagram, I don’t think they’ll be complaining. So who’s expected to earn the most?

Shaughna Williams has become the most followed Love Islander of the season with her 1.2 million followers and counting.

It would take her just 12 Instagram posts to earn what she could have won if she had stayed in and been voted as the Love Island couple of the year. The winning couple take home £50K between them, therefore £25K each.

Following close behind is Lewis Capaldi's ex, Paige Turley, who is still in the villa coupled up with Finn. She's set to earn up to £3,222 per Instagram post - and this could rise if the couple wins the series.

Why social media follower numbers are a poor metric

Most brands simply look to an influencer's followers to work out whether they are worthy enough for a partnership. But with the rise of fake followers and sponsored post engagements on the decline – brand marketers are turning toward working with micro-influencers instead.

Micro-influencers are those with anywhere between 5K – 30K followers. they have a small but dedicated following, more engaged and real. This makes it more cost-effective to work with them in comparison to the ‘top-tier talent’.