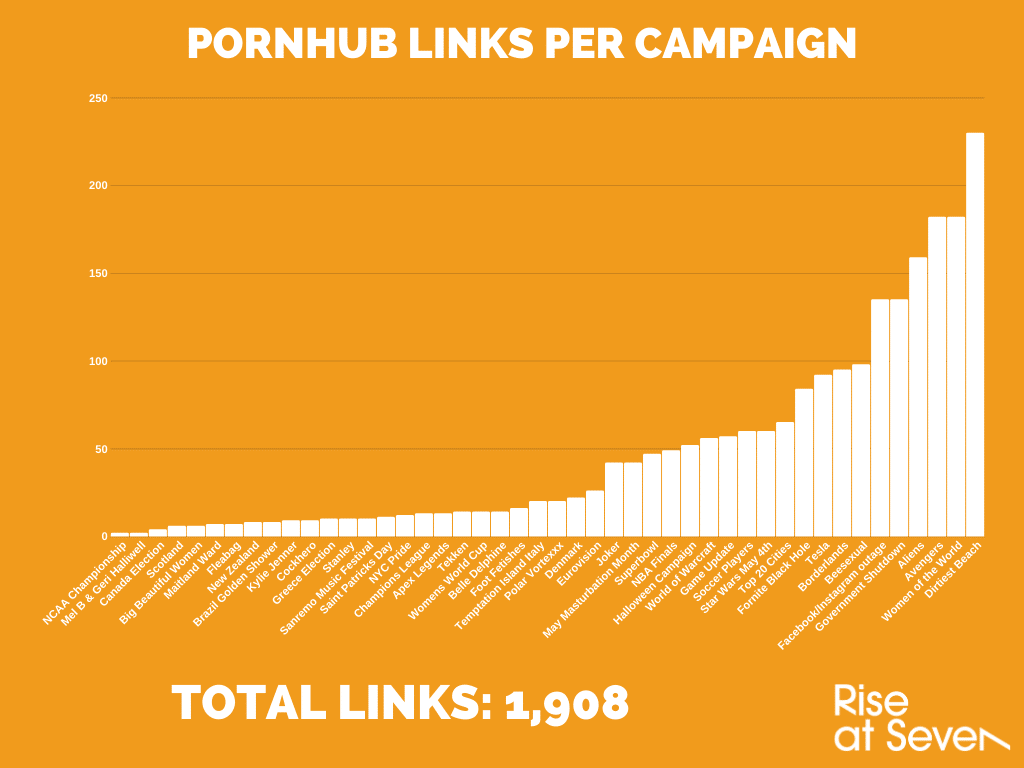 How does a company within the sex industry land links? If they can do it, so can you!

When it comes to mainstream media it’s easy to get more people on board with sex. An advert or movie is seen as more desirable when it has a sexual component to it (remember, sex sells!). National media also love a sex story with news reporting becoming more and more relaxed, but when it comes to landing links to a sex/adult entertainment site; many deem this as impossible.

Here they regularly release various data and statistics from the most searched for sex trends, interests, what turns on the world, to peaks in search for a certain person or character. Our analysis shows that they’re uploading content at least once a week to this hub and it is certainly not going to waste.Some of their most interesting campaigns have included things like the number of searches for Kylie Jenner, what sex topics people search for at Halloween or react to when there’s an outage with Instagram or Fortnite. But the big question is, has this built links?

Women of the World

You can watch the PG version of the video here. This campaign was hugely successful and was featured on publications such as LadBible, Vice and Forbes.

These examples alone show that your own data is HUGELY valuable. Like other things, everyone has it but it’s all about how you use it!

To visualise the success of their link acquisition for each campaign we have ranked them as seen in the previous graphic, but you can view all of the data here too. The campaigns varied in results, Big Beautiful Women only gained 6 links w

Their campaigns are innovative, they get people talking and it’s purely from data that they have access to 24/7. They use everyday scenario’s like recent movies or events to make it a tad more normal and easy for journalists to pick up and normalised for the general public to talk about.

Are you thinking about how you can use your data to create regular, useful, shareable and engaging content like this? Get in touch with our data, creative content marketing and PR team for advice or feel free to connect with the relevant experts on Twitter and slide into our DM’s.

Data and Insights Manager - Thierry NgutegureFind him on Twitter here.