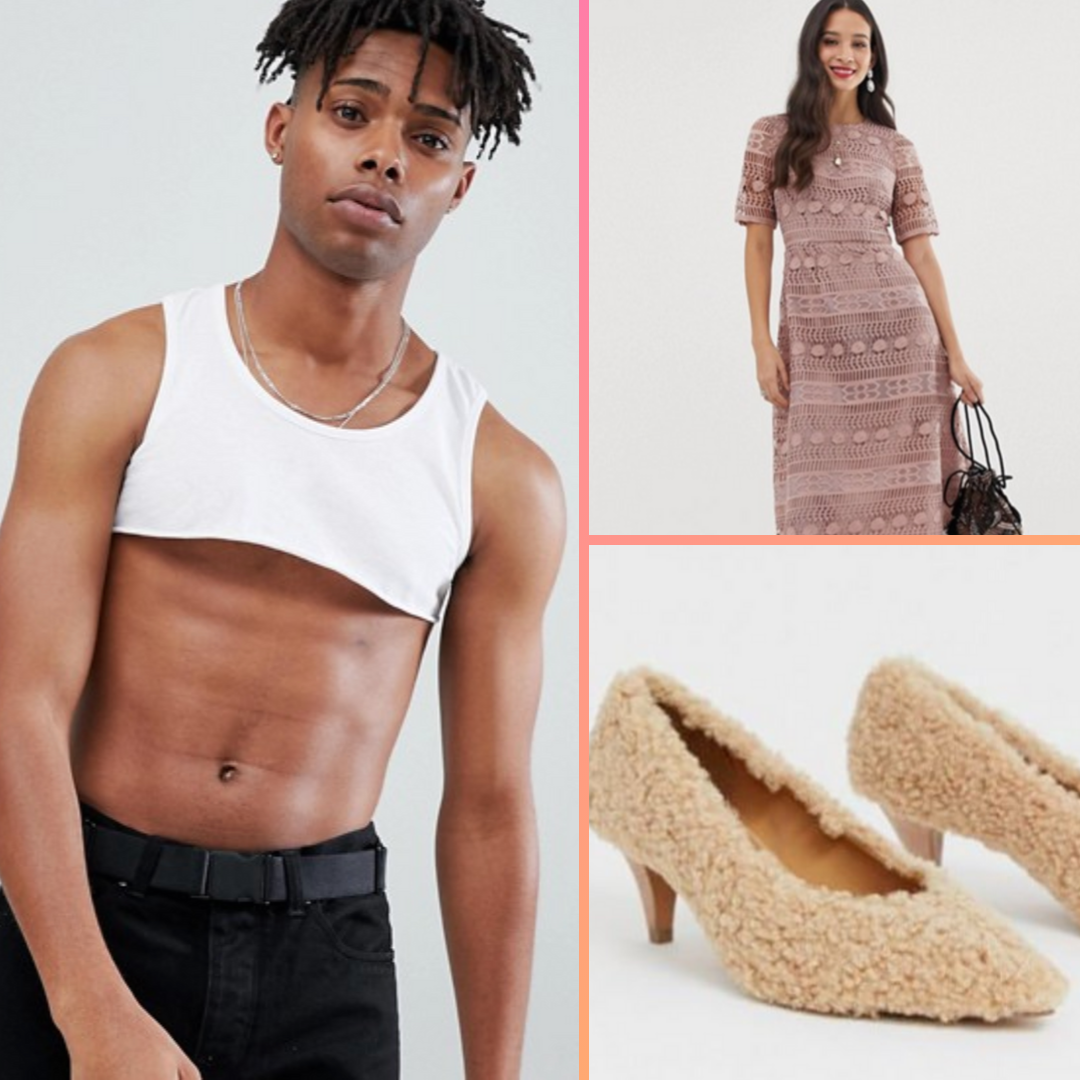 ASOS is one fashion brand that has dominated our social feeds as well as the headlines recently (not just with their profit warnings and sudden drop in organic) but with their quirky and wonderful products. From men’s crop tops and burger hats to bubble wrap dresses, they’ve certainly caught everyone’s attention.

But how real are these products? Is this a clever link-bait PR stunt to build the authority of the site backup and generate noise around the brand?

We have taken a look at their overall strategy and here’s what we found:

For those that don’t know – the girl in the picture below, is me. I became a part of one ASOS’ most viral campaigns in recent months. So many people commented saying that this was a set up and that my social profile was fake. Well here’s the story behind what happened:

In April, I had an unfortunate encounter with a guy on Tinder. Simply put, he was an arsehole (absolute truth). He had made some not-so-nice comments about a dress I was wearing, which funnily enough, I had purchased from ASOS. Full of rage, I tweeted about the run-in, which ASOS caught on to.

Many people on social media asked me where the dress was from, of which I replied ASOS. The brand clearly got alerted about this and subsequently, the social media team contacted me via DM’s and asked me whether it would be okay if they could put my image on their site. I, of course, agreed. They didn’t exactly explain what this meant, (I assumed a blog post or something similar) but within a matter of hours, they had tweeted “Swipe right to see who had the last laugh..” and there I was, to my surprise, on their actual product page. I was now featured as a model on their site.

If the social media attention wasn’t enough, I was then made aware that my face featured on the Daily Mail – which then went on to spread across pretty much every national publication including BBC, Cosmopolitan and more. Journalists saw ASOS’ reaction and covered the story.

However, when analysing the backlink profile and social engagement 6 months later – I can see that they landed 67 links to the product page and nearly 25,000 likes on Twitter.

Now, my experience was 100% real – no PR stunt involved. However, we were slightly sceptical about some of the other products that they seem to be pushing recently on their social media. We decided to take a deeper look…

We began with men’s crop tops. We looked at two of the crop tops that had been featured in headlines for the likes of Esquire, Men’s Health and Fox News.

These two products (Reclaimed Vintage inspired extreme cropped vest and Reclaimed Vintage extreme cropped top) were the source of a considerable amount of outrage across social media platforms, with people describing them as “weird” and “confusing”. However, even though it caused a lot of people to question the sanity of ASOS’ designers, these two products alone generated over 90 links for ASOS.

We decided to do a little experiment on the back of what we had found through this research. The initial questions everyone asks when discovering these products are “Are these real? And can you buy them?”. Well luckily for you, we have answers! Here’s our Digital PR Mark, rocking the men’s crop top.

We didn’t stop there, we thought we’d push this experiment just a tiny bit further. We noticed that ASOS tweeted about a very interesting pair of shoes. It received an uproar of ‘WTF’ responses (96 to be exact) and 113 likes on Twitter. Consequently, in just a couple of days, this product generated 20 backlinks for ASOS…

Like the crop tops, we decided to test whether these were actually products that ASOS truly sold. The answer is in fact – yes, as demonstrated by Carrie.

So, the quirky and wonderful clothing of ASOS is in fact 100% real. Not only are ASOS potentially making money off these products but they are also reeling in the links that are needed, in a very creative way.

We analysed a range of products from the “bubble wrap dress” and the “denim belt” and found that in total ASOS have landed over 300 links back to the site from some of the biggest national and international publications.