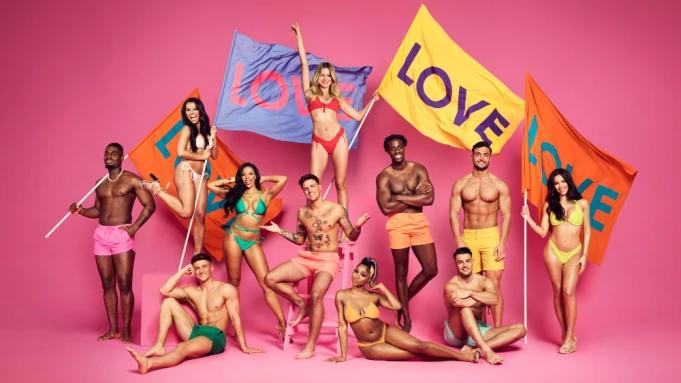 Ekin-Su and Davide won the vote but who won on social media?

After eight weeks of sun, sea and serious drama, Love Island 2022 has come to a close. Monday night’s glorious finale saw fan-faves Ekin-Su and Davide win the coveted £50k prize - but we all know the contestants are more interested in the influencer opportunities outside of the villa than the cash prize itself. So, with this in mind - who were the real winners of this year’s Love Island and how much could they start earning from their newfound fame?

The social growth of this series has been immense with the islanders enjoying a share of 10 million new followers over the past nine weeks, an overall average of 592%! So, let’s break down the key takeaways from Love Island 2022 and have a look at what’s gone on on Instagram over the last nine weeks for our islanders.

Gemma Owen has built a huge following on Instagram during her time in the villa. It was clear to fans of the show that the producers saw the potential in showcasing Gemma too, as she was a prominent fixture in the first week - having Michael Owen as a dad certainly didn’t hurt her chances! In week one alone she gained 250,000 followers and this initial popularity led to many dubbing the show “Gemma Island”, a name that would go on to trend on Twitter. The hashtag #gemmaisland was used 6,600 times within the first week of the show and had over 1.8m reactions. Gemma’s journey culminated as runner-up alongside Luca Bish.

Gemma became the first Islander to surpass one million followers in this series which saw her overall growth stand at +2,759%. This is likely to have hugely positive implications on Gemma’s commercial potential after the show, and it’s likely that Gemma could demand fees of around £10,000 per Instagram post or explore the possibility of establishing more long-term brand partnership strategies.

Despite leaving the show under unfortunate circumstances, Jaques O’Neil received a huge amount of support on his social channels, which came as a result of him being open about his mental health struggles whilst in the villa. During the week that he left the show, Jaques recorded the biggest single-week growth of any Islander, gaining a whopping 373k followers! Jaques had contingency plans in place to return to the sport of Rugby League should he need to but his recent signing with FOMO models, alongside signing with a PR agency indicates where the Cumbrian sees his own future. Just like Gemma, it’s likely that Jaques will be able to negotiate huge fees for any brand deals, making around £10k per post.

Ekin-Su Cülcüloğlu entered the villa with a rather impressive following of 350k, having worked in TV and the music industry prior to heading into the villa. Throughout the series, Ekin-Su enjoyed respectable growth, but as her relationship with Davide began to blossom, the pair stole the nation’s hearts. Since then, her following has blown up in the last 14 days, leaving her only 20k followers behind Gemma. As for Davide, his legacy has been cemented for the future, on the back of several wonderful one-liners (“You are a liar!”) that will be used as GIFs long after the show's end and his social following has seen strong growth also. Davide was the second male islander to surpass 1m followers, gaining 975k in his time on the show (a 4,000% increase). These two have HUGE potential to become a real power couple following the show, with Davide already being linked with modelling gigs at the world’s leading fashion brands and Ekin-Su likewise, along with suggestions she should replace Laura Whitmore as host of the show by fans.

We all know that Love Island has the power to supercharge contestants' influencer careers - just look at Molly-Mae - but how does that compare with other reality TV shows? Looking at this year’s winners, Davide and Ekin-Su, compared with recent winners of shows like Britain’s Got Talent and Great British Bake Off, Love Island provides the biggest opportunity for wannabe influencers. In fact, the only show that provided comparable social growth is RuPaul’s Drag Race - UK Series 3 winner Kristina Versace gained a following of 142k after her victory earlier this year. While this growth is higher than some of this year’s islanders it's still significantly less than that of Davide and Ekin-Su. It’s worth noting that most contestants that enter the Love Island villa do so with an established following, vs more ‘normal’ contestants on other reality TV shows. It’ll be interesting to see what effect the upcoming Big Brother series (showing on ITV2 and ITVX) has, given that the series catapulted reality TV to the masses.

In 2021, winner Millie Court built a following of 1m on Instagram (an additional 897k whilst in the villa). Millie was a clear fan favourite, as seen in the chart above, however, in 2022, it's clear that the audience related to more of the islanders, especially the finalists, as more contestants grew in popularity. Overall, more viewers voted with the follow button this year as the islanders accumulated 1m total followers vs last year.

Throughout the series, common patterns emerged for islander followings. It could be observed that when an Islander was dumped, they’d see a huge spike in followers for the following 24-48 hour period as people decided to follow their journey post-Love Island. Contestants Antigoni and Liam bucked this trend, however, building their following steadily for several weeks after being dumped. Antigoni (a singer/songwriter)’s following doubled from 267k to 535k in the four weeks after she was dumped and now sits pretty at 591k - not bad for a week in the villa! Liam’s wasn’t as significant as Antigoni’s but it was very clear that he deviated from the pattern seen by other islanders dumped before the final. Liam left the villa after just five days and by this point, he had created a social following of around 180k followers. But, by the end of the show, a whole eight weeks later, Liam had almost doubled this to over 305k followers. The charcoal toothpaste deals will be rolling in…

This is great, but what’s the earning potential for this year’s Islanders?

Our resident influencer marketing expert, Social Media Manager, Abbie Smyth explored the earning potential of the islanders as influencers, explaining that there is “huge potential for the islanders to turn their Instagram channels into highly lucrative, money generating platforms”. She explains that “the majority of the islanders fall into the ‘mid-tier’ influencer category, meaning that they have between 50k to 500k followers, which could see them earning upwards of £2-3k per sponsored post. Islanders with upwards of 500k followers like Luca Bish or Tasha Ghouri, fall into the ‘macro’ category where earning potential reaches £4-6k per post. However, for our best performers from the series like Davide, Ekin-Su and Jaques, the earning potential is much greater. At the 1m follower mark, our most popular islanders enter the ‘mega-influencer’ tier which sees their earning potential become significantly greater still. Typically, this size following could see any influencer charging £10k+ for a social post on Instagram. However, due to their relevancy and potential ROI, these islanders are likely to demand even higher figures or look to establish longer-term brand deals as they partner with agencies and PR representatives to manage their work”.

There we have it, that’s all the key Instagram takeaways from Love Island 2022. This series had it all and the coming weeks and months are likely to show the real potential of these individuals as influencers.

Here are our predictions: